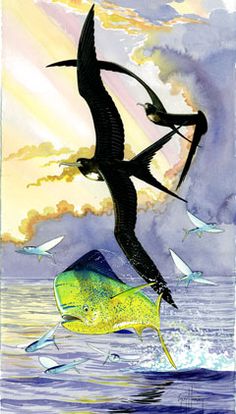 During the southwest monsoon season (locally known as Hulhango), flying fish (locally known as Hulhammaha), prevail in the northwestern shore of Fuvahmulah. The humble fishes are surrounded by predators – tuna, sharks, travally, manthas and other predators. And up in the air the aggressive frigate birds, locally known as Huraa, hover in the air, waiting for the launching of hulhanmaha from the sea. Hundreds of birds deploy above the sea and seashore waiting for the signs of their prey. The acrobatic maneuvers of these birds are one of the main attractions of the enthusiastic people on the beach. 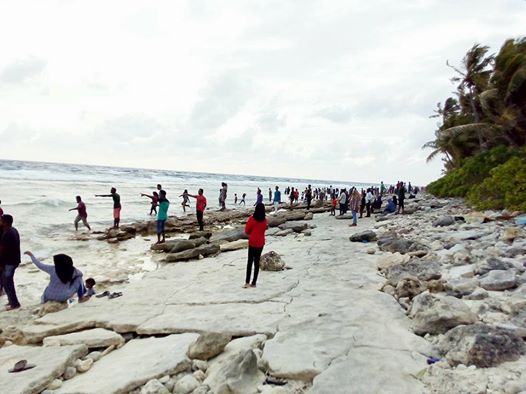 The long narrow wings and tail are like nothing I had ever seen on a bird before. These lengthy wings allow frigate birds to stay airborne for extended periods with little flapping. Frigate birds use their tails as breaks and to help them turn sharply, making them very agile fliers. This is important because of their feeding habits. One of the main prey of frigate birds is flying fish, which the birds catch in the air or just beneath the surface of the water. Since frigate bird feathers are not very resistant to becoming waterlogged, these birds tend to minimize exposure to the water. When they snatch fish out of the water with their long beaks their excellent flying ability allows them to stay dry. 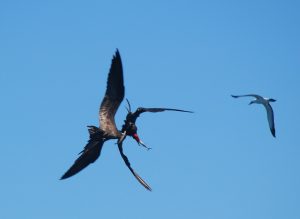 You can also observe an interesting behavior of these birds- chasing each other like fighter jets. The birds indulge in this maneuver while chasing another bird to force the prey to drop off from the beak in which the food is carrying. The frigate bird catch the dropping food in the mid-air.  This is also a feeding method of the Magnificent Frigate bird. 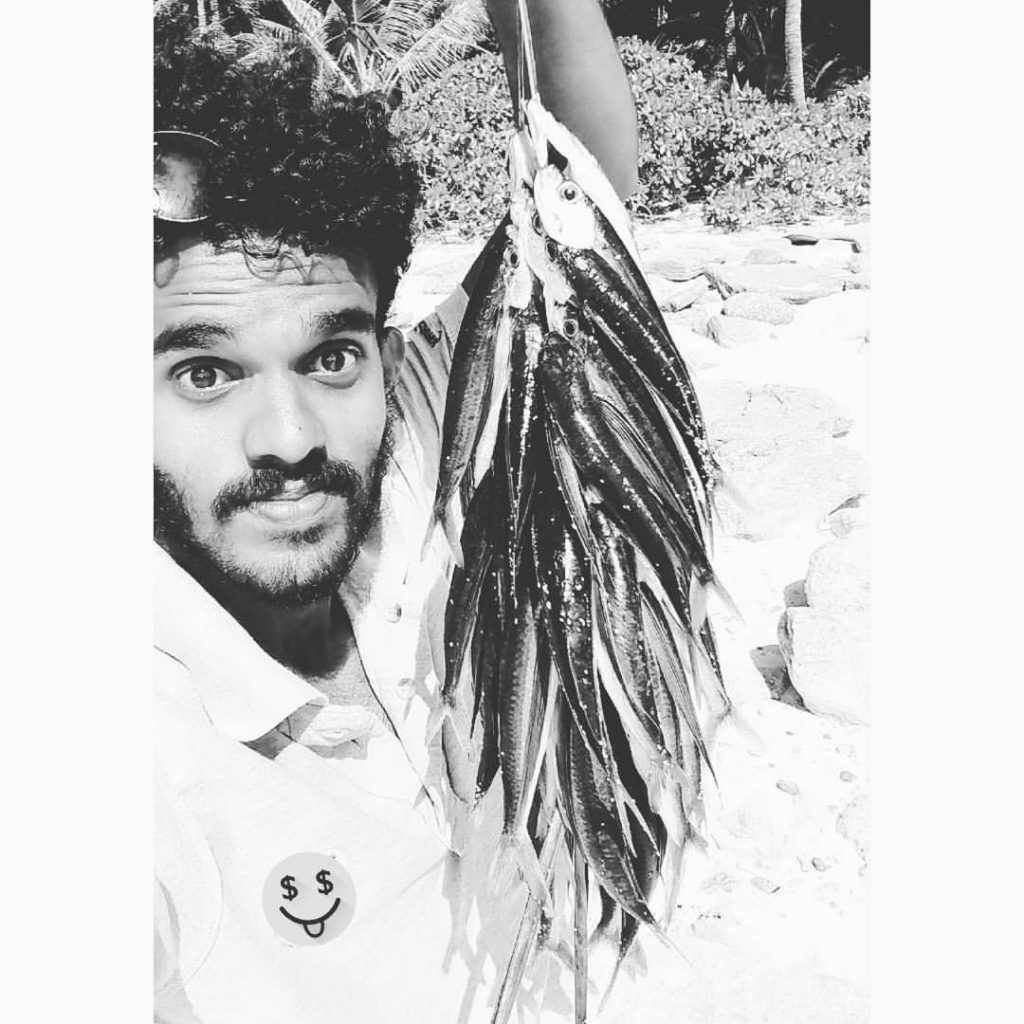 This is the kick off time- the fiesta. People wait eagerly to collect flying fish that cruise towards the island. This is a show that is full of excitement and joy. Its a gift of nature. The show starts when the predators pursue or attack fish intermittently resulting in launching schools of fish from beneath the surface of the sea. After taking off around 200 to 400 feet away from the shore, the fish glide towards the beach. Some fish land in the bushes.

Some fish land in the water on the reef and swim towards the shore. In the reef water, the hungry eels and trevally ferociously attack and follow them as it a free turn for free preys. About a decade ago, the occurrences were truly a miracle. Flying fish cruise the island in thousands. We witnessed thousands of fish launching below the surface of water above the surface of the deep ocean, visible to human eyes thick ‘layers of smoke.’

Some fish directly glide towards the island while other fish swim towards the shore. The fishes that land in the reef water also forms ‘hulhanmaha ralho’ (waves of flying fish). This happens when the fish in the reef water are carried towards the shore by waves. The tranquil breaking waves on the beach subsisting thousands of hulhanmaha. In early days people use wheel borrows, large containers, mudeyshi, a woven container made up of palm leaves and various container to collect the fish. This natural phenomenon is common between Thoondu (the northern beach) and Dhadimago, the northeastern side of the island.

The science of action

Flying fish can be seen jumping out of ocean waters when predators attack them. Their streamlined torpedo shape helps them gather enough underwater speed to break the surface, and their large, wing-like pectoral fins get them airborne. 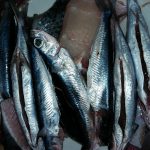 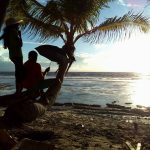 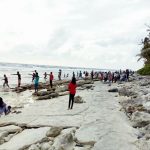 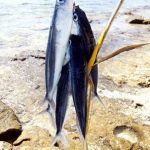 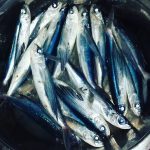 Flying fish are thought to have evolved this remarkable gliding ability to escape predators, of which they have many. Their pursuers include mackerel, tuna, swordfish, marlin, and other larger fish. Beyond their useful pectoral fins, all have unevenly forked tails, with the lower lobe longer than the upper lobe. Many species have enlarged pelvic fins as well and are known as four-winged flying fish.

The science of take off

According to experts, the process of taking flight, or gliding, begins by gaining great velocity underwater, about 37 miles (60 kilometers) per hour. Angling upward, the four-winged flying fish breaks the surface and begins to taxi by rapidly beating its tail while it is still beneath the surface. It then takes to the air, sometimes reaching heights over 4 feet (1.2 meters) and gliding long distances, up to 655 feet (200 meters). Once it nears the surface again, it can flap its tail and taxi without fully returning to the water. Capable of continuing its flight in such a manner, flying fish have been recorded stretching out their flights with consecutive glides spanning distances up to 1,312 feet (400 meters).

People gather in large groups to catch as many hulhanmaha as possible. People of all ages indulge in this mental agitation. Individuals can easily judge the direction or the point of landing of hulhanmaha as school of fish can be seen launching themselves at the reef front, taking off and directing towards the beach. Thousands of fish land on the beach. An individual will collect around 1000 to 3000 hulhamaha. 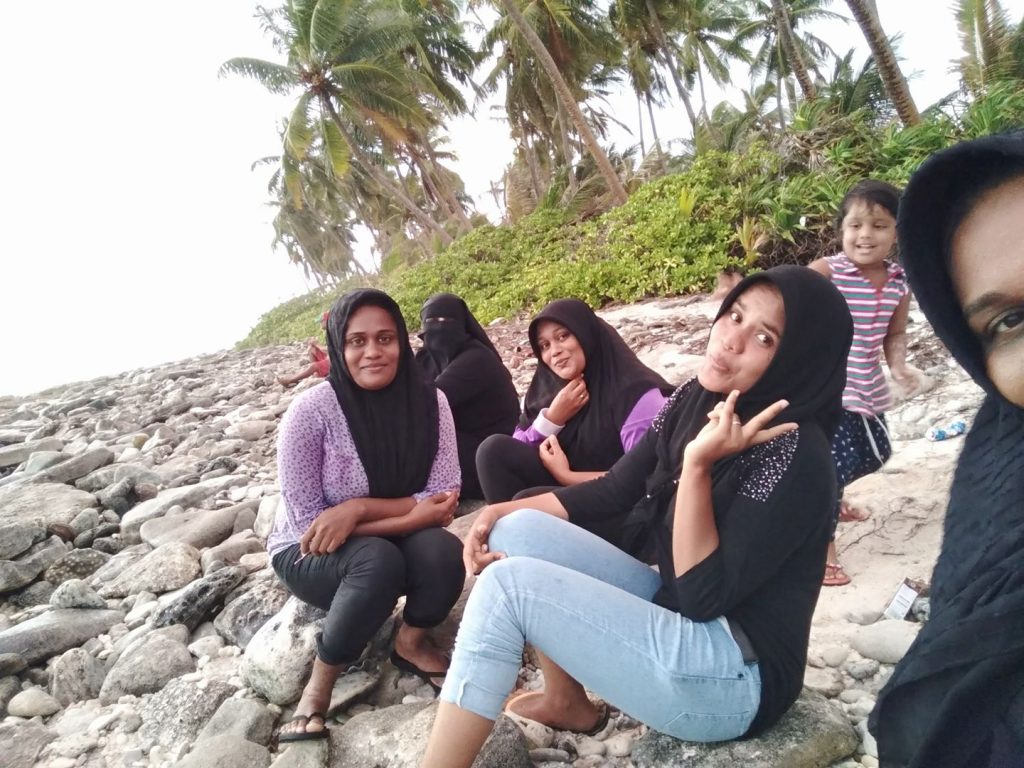 Indulging in this frenzy involves several hours of resting and patience. So people engage in various other activities during the spare time. In early days, staying under the thick bushes, they share stories, sing songs and sing raivaru (a type of Maldivian traditional singing, where letters are swapped to be sung in a certain melody without accompaniment). Some of them write notes on palm leaf and leaves with knives and pass the messages to the person they flirt or they are secretly in love with. These activity create unity and greater social bond. December of last year (2016) was a month that witnessed a recent record in this phenomenon.

The unique island of Fuvahmulah was wretched when the nature broke the silence and gifted the island with these incredible fish of the vast ocean surrounding us.