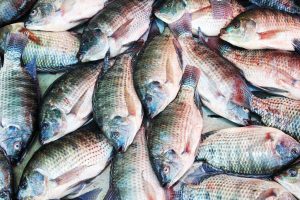 Footumaha or Tilapia, the second-most popular farmed fish on the planet, is the most abundant species of fish in the two fresh water lakes of Fuvahmulah. People in our island don’t eat this fish. But i have heard that few people have tasted and enjoyed this fish. I remember my father catching tilapia from the lake of our district way back in the 80s. My mom fried the fish and we ate. Tilapia might be the fish that we love to hate. But there can be a lot to love. Here are some amazing facts about this famous fish of the world.

Hold on! To conclude from the information that i read about this fish, i have to say that we lack the “senses” to work for the sake of the people and the nation. Those who possess various types of degrees, or “big” certificates are elevated for the documents that they have- nothing shines out of them. Politicians and governments with these mountains of qualifications try to run or govern the nation. Roar of promises from governments and MPs flutter the earth. But misery looms.

Where is inventiveness and skillfulness? Where are all these qualifications? Where are the promises made by politicians? These elevated people take selfies, tweet, and go fishing. MPs spend weekdays in Colombo, Bangkok and Singapore. They attire expensive clothes and wrist watches. Their pockets and hands are filled with two or three smart phones. That’s it.

May be they are too ignorant or incapable or self-absorbed. In every aspect- whether fisheries, tourism, economic, technological or social perspective- 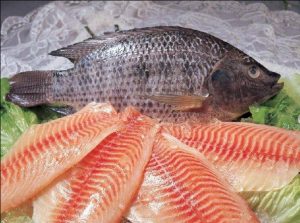 we have failed. We all sit like dead ducks and nothing new, nothing productive, nothing creative or sustainable is happening in this country.

Look at the vast ocean surrounding us- only the Felivaru factory to symbolize productivity or creativity. Why can’t we carry out fish farming? There are dramatic things that can be established simply from the sheer natural resources that we have. It is not just tourists and pole and line fishing. Anyway, leave it and please enjoy these amazing facts and think of yourself. I am not campaigning to farm tilapia as a substitute for rice and flour. Please note that this great fish can live in fresh or salt water.  It is the second-most popular farmed fish on the planet, says KevinFitzsimmons, PhD, tilapia researcher and professor in the department of soil, water and environmental science at the University of Arizona. “It can be used in virtually any fish recipe,” he says. Tilapia has been farm-raised as far back as ancient Egypt, and now such farming occurs in more than 85 countries.

Tilapia is rapidly becoming one of the most popular seafood in the United States, with the National Marine Fisheries Service ranking it the fifth most consumed seafood. In fact, American’s annual consumption of tilapia has quadrupled over the last 4 years, from a quarter pound per person in 2003 to more than a pound in 2007. Researchers predict tilapia is destined to be one of the most important farmed seafood products of the century.

Tilapia is the common name for nearly a hundred species. Tilapia comes in several colors, but red and black tilapia are the most well-known species. Skinless and boneless Tilapia of any variety cooks completely white, making it an excellent substitute for nearly any white fish, including: sole, flounder, cod, haddock, pompano and grouper. Both types of tilapia can thrive in either fresh or brackish water (mix of fresh and seawater). Tilapia ranks as the second most cultivated fish in the world, after carp. Tilapia is one of the most popular farmed fish in the world and its production is increasing. Most of the Fresh Tilapia Fillets consumed in the US are produced in Honduras, Ecuador, Colombia, Costa Rica and Brazil and imported fresh daily. The US is the largest importer of Fresh Farm Raised Tilapia Tilapia Fillets. Tilapia is fifth most popular seafood in US with a per capita consumption in 2007 of 1.14 lbs. Consumers widely agree that Fresh Tilapia Fillets are an excellent addition to a healthy diet. Fresh Tilapia fillets low in fat, low calorie, low carbohydrate and are high in protein. Fresh Tilapia fillets are also an excellent source of Phosphorus, Niacin, Selenium, Vitamin B12 and Potassium.

Tilapia is a delicious, lean white fish that has a wide variety of associated health benefits, including its ability to help reduce weight, boost overall metabolism, speed up repair and growth throughout the body, build strong bones, reduce the risk of various chronic diseases, lower triglyceride levels, prevent arthritis, protect against cognitive decline, prevent various types of cancer, reduce signs of aging, boost the health of your hair, and strengthen your immune system.

The name tilapia applies to a very broad range of fish, more than a hundred species, in fact, but they are actually a form of cichlid fish, one of the most diverse varieties of fish in the world. They have risen in importance in recent years, and now represent the fifth most popular and consumed fish in America. It is a mild, white fish that is easy to farm, affordable to buy, and doesn’t have the sometimes unattractive “fishy” taste that many people dislike about seafood. Experts predict that tilapia will continue to increase in importance and will likely become the most significant seafood product of the century in terms of human consumption. Since they are a lean and short-lived fish, they have lower levels of toxins like mercury than many other fish, which is one of the strongest arguments in support of eating tilapia. Knowledge of tilapia’s attractive taste and health benefits stretch all the way back to the ancient Egyptians, who actually had a hieroglyph representing this important fish. They are native to the Nile and North Africa, but they have been extensively farmed throughout Asia as well, and are now a “global” species. Some countries consider them to be invasive species, as they are very  adaptive and can unbalance fragile ecosystems if they are accidentally introduced. There were more than 1.5 million tons of tilapia farmed and harvested in the US alone in 2005, and that number is expected to at least double by 2015.

As food, they are highly prized, but somewhat controversial, due to the fact that they are natural scavengers of detritus and toxic materials in the water they live in. Environmentally, this is beneficial, as they purify water and reduce oxygen waste, but as a culinary attribute, this is not always a good thing. You should only buy tilapia from established and reputable sources who farm these fish in clean, healthy environments. They can be eaten in a variety of dishes and soups, and since they are well-known throughout the world, they have become an essential culinary aspect of many cultural cuisines. Let’s look a bit closer at some of the nutritional components of tilapia that make it such an important element in our diet.