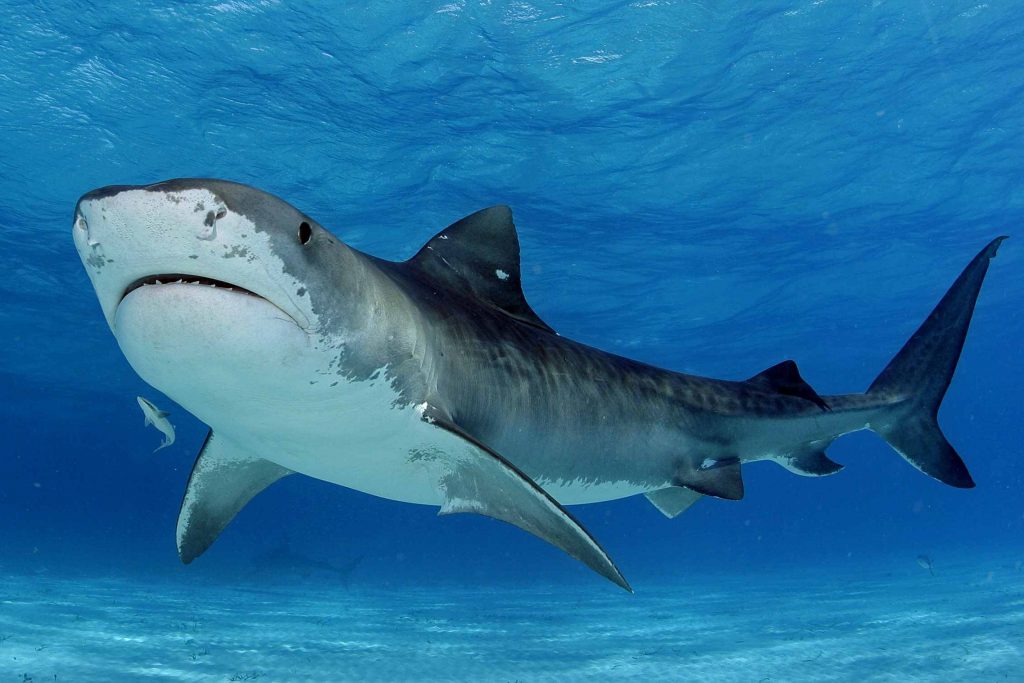 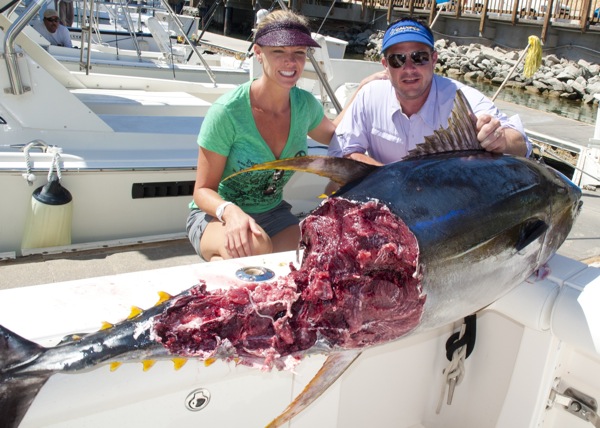 “I released the fishing line to hook a Kattelhi (Prometheus gemfish) and prepared a heap of Dho’haaey (mixture of betel leaf and areca nut). I chewed it and relaxed. After a while my fishing line “transformed” into an “iron bar.” I could not literary pull an inch towards the surface. I called the other fishermen in the bokkura. They came for help. The bokkura was tilted to one side. Four of us couldn’t pull the creature up. It was as if we had hooked on a mountain. We knew that it was a large femunu- the tiger shark.

A yellow fin tuna attacked by a Tiger SharkAnd we cut the line with a knife. Femunu eats their prey whole, and won’t swim away with the bait or prey.,” Ibra Keulhaa, an experienced fisherman, gave an account of how they encounter these giants while fishing. Kattelhi fishing is carried out at night, normally between 7pm to 11pm. Some fishermen witness these giants lurking around their vessels when they deploy their fishing lines with fish baits. Fishermen are shocked to see these huge creatures swimming furtively around their small bokkuraas, vessels that are smaller than these giants. This is an enemy of Maldivian fisherman. These giants eat anything they find. They prefer to hunt in the dark. Their normal prey includes smaller shark species and a variety of fish, dolphins, birds, turtles, crustaceans and squid. 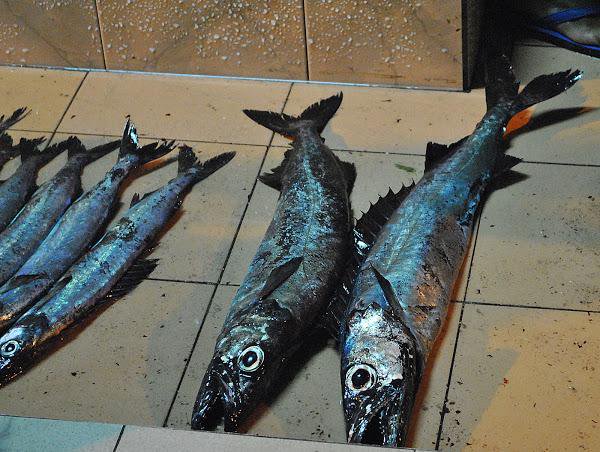 When tunas are hooked in fishing lines, these creatures ascend like sea skimming cruise missiles, attacking the tunas that are being pulled towards the surface by fishermen. Half of the tuna are salvaged.
When the fishermen pull the catch towards the surface, they get a small part of the head only. Tiger sharks are commonly found off shore of thoondu, northern beach, and also around Fuvahmulah.

Did you know? The tiger shark’s reputation as an indiscriminate eater that will swallow anything it finds, including garbage, has earned it the nickname “wastebasket of the sea.”

Tiger sharks are named for the dark, vertical stripes found mainly on juveniles. As these sharks mature, the lines begin to fade and almost disappear.

These large, blunt-nosed predators have a duly earned reputation as man-eaters. 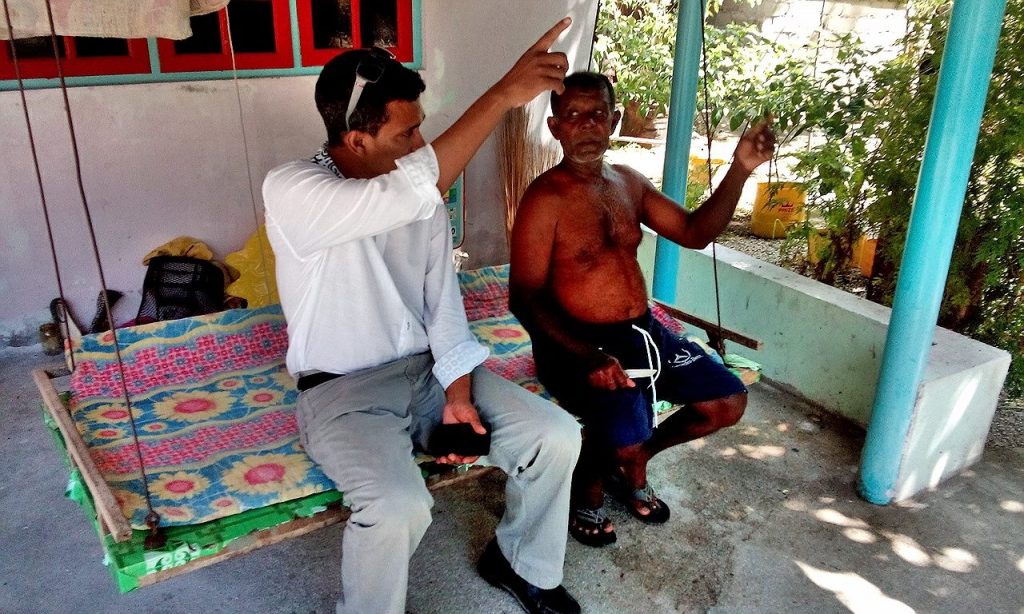 They are second only to great whites in attacking people. But because they have a near completely undiscerning palate, they are not likely to swim away after biting a human, as great whites frequently do. They live in shallow water.

They are consummate scavengers, with excellent senses of sight and smell and a nearly limitless menu of diet items. They have sharp, highly serrated teeth and powerful jaws that allow them to crack the shells of sea turtles and clams. The stomach contents of captured tiger sharks have included stingrays, sea snakes, seals, birds, squids, and even license plates and old tires.

These specimens can grow to as much as 20 to 25 feet (6 to 7.5 meters) in length and weigh more than 1,900 pounds (900 kilograms). They are listed as near threatened throughout their range.

Tiger sharks have been recorded with the most attacks on humans only behind the great white. They are very aggressive by nature and will stop at nothing to complete a hunt for food. They will attack when they feel they are in danger which is why they are known to attack humans.

It is the fourth largest shark found in the world. They are solitary sharks that tend to live alone. They have amazing eyesight which is why they tend to hunt at night. They can camouflage with their blue or green color to help them blend in better with the surroundings in the water.

Sharks have adaptations allowing them to be apex predators including: