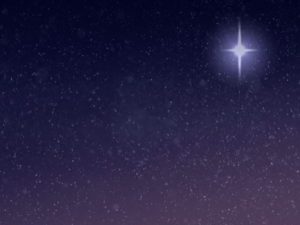 This is a story about a fereytha, a monster of the sea, which was transformed into a star after a battle with a master fandithaveriya (performer of magic, astrological applications and exorcism).

Long time ago, in Fuvahmulah, a fisherman named Hassan Beyyaa, who was also a master fandithaveriya, used to go to Neregando beach for fishing on the reef. Every night he went to catch reef fish.

The monster cried in pain and promised that it will never disturb anybody in the island. But Hassan Beyyaa whirled its long hair on to his hand and swirled around him in a circular motion and threw away the monster. It vanished in seconds and a bright star appeared in the sky above neregando. People say that the monster is seen as a bright star above the Neregando Sea.