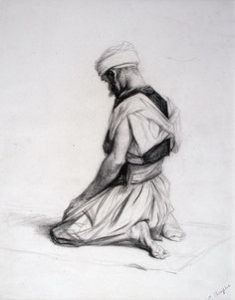 *All the stories (true or fictitious) in this web site are protected by the copyright law (Law no: 23/2010. Copy right aa e aa gulhey ehen haggu thakuge gaanoon) of the republic of Maldives.

The last Buddhist king of Maldives converted to Islam in the year 1153 or 1193, according historical sources. It is believed that a few years before the conversion of Malé to Islam, a religious scholar – Abdhu Naaib – from Addu atoll visited Fuvahmulah to preach and propagate Islam in the island community. He tried to convert the inhabitants, who were devoted Buddhists, to Islam. He met several key figures of the island. However, no one listened to him. The Buddhist inhabitants were furious and detested him. Some people discussed deceitful plans to kill him.

Abdhu’s preaching and teachings invited vehement opposition from the wealthy and leading figures of the island, especially Dhadimago ward. They feared the loss of their ancestral religion. At first, the opposition was confined to mockery and sarcasm but later morphed into active persecution. One fine afternoon, the scholar went to the northern area of the island, where Thoondu was located, to reveal the messages of Islam to Raaverin. The area was abundant of coconut palms. There were around eight Raaverin.

He started preaching to them. But he was verbally attacked by all of them. They stormed him verbally and shouted at him with filthy words. They even threatened to kill him. But the scholar remained calm. He warned them of the painful torments of the wrongdoers and gave them the good news of the reward to the pious believers as promised in Islam. He begged them to convert to Muslims and follow him to achieve salvation. “Now which one of you is willing to help me with the task? Anybody who announces his readiness to help me will be my brother,” Abdhu said. But nobody answered. As the scholar tried to explain Islam to the Raaverin, a Raaveriyaa was making a projectile out of a petiole (leaf stalk). He chopped one end of the branch sharply. 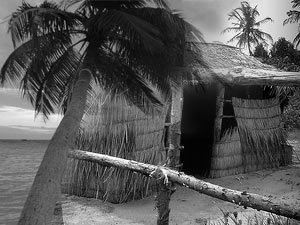 The Raaveriyaa was on a coconut tree. He shouted, “Here comes the Eshi.” The raaveriyaa threw the projectile at the scholar. It went like a missile and pierced through the chest of the scholar. The scholar fell on to the ground. Wounded, he recited “Laailaaha Illallah Mohamed Rasoolulaah,” the article of faith and belief for Muslims. After couple of days, the scholar died due to the injury sustained from the attack. He was believed to be buried in Dhiguvaado ward. In a separate version, it was believed that the scholar was attacked in Dhiguvaado ward by a Raaveriya who threw an iron bar at him. In this version, he was attacked while walking along the Veyregamige road.