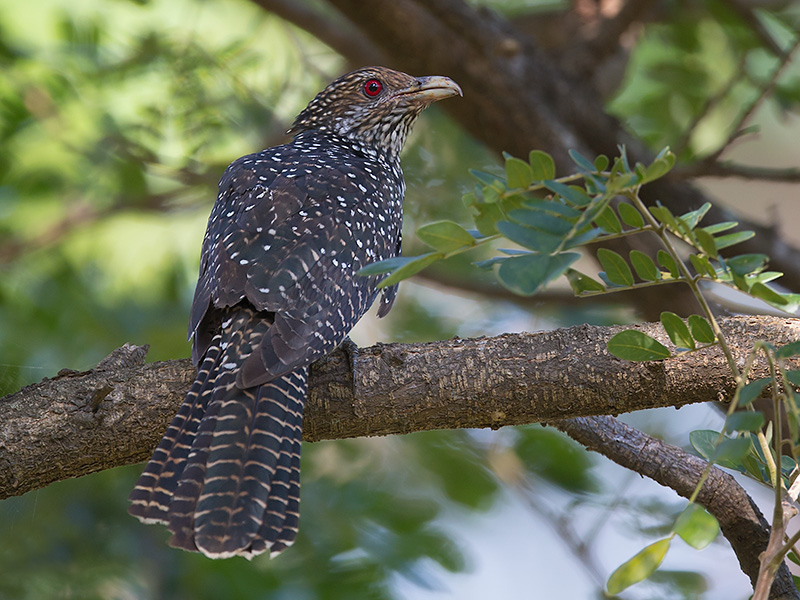 Koel, locally knows as koveli, is the most gracious bird that i have ever seen. Among the birds of Maldives, this is among the actual residents of the Maldives. I remember the calls of the koel before it landed on the hands of my cousins. First, it was the calls- k..aau..kaau. Then it will be seen perching on the mango tree of my uncle’s house. The tame bird then descended on to the roof of the house and it sat on the hand of someone. The bird then filled its appetite by eating papaya before flying away to its world.

According to experts, the calls of the Koel could be heard in December each year than it tapers off and return again in late March and April. This would be the time when the presence of the bird could be felt for a few weeks. In the month in between, hardly any calls heard at all. It is not surprising that the Koel could also be spotted sporadically during this period. 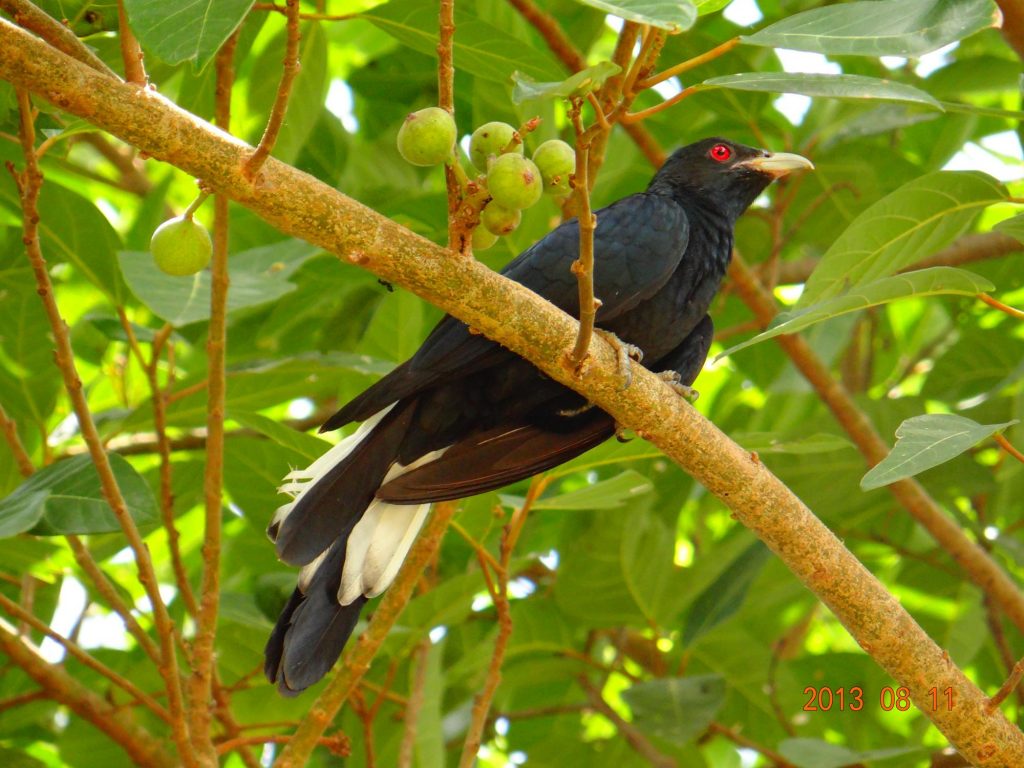 The early morning calls were sporadic, short and far away. The Asian or Common Koel (Eudynamys scolopaceus) is a member of the cuckoo order of birds, the Cuculiformes. It is found in South Asia, China, and Southeast Asia. It forms a superspecies with the closely related Black-billed and Pacific Koels which are sometimes treated as subspecies. The Asian Koel is a brood parasite that lays its eggs in the nests of crows and other hosts, where the young are raised by the foster parents. They are unusual among the cuckoos in being largely frugivorous as adults. 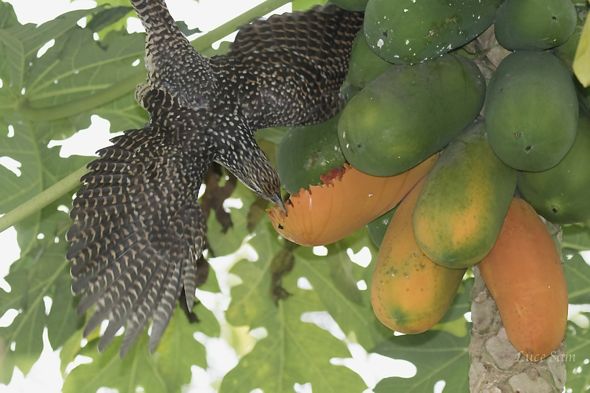 The word koel is echoic in origin and the bird is a widely used symbol in Indian poetry. It has been compared with the “nightingale” due to its melodious call.

The Asian Koel is a large, long-tailed, cuckoo at 45 cm. The male of the nominate race is glossy bluish-black, with a pale green or grey bill, the iris is crimson, and it has grey legs and feet.

The female of the nominate race is brownish on the crown and has rufous streaks on the head. The back, rump and wing coverts are dark brown with white and buff spots. The underparts are whitish, but is heavily striped.

The other subspecies differ in colouration and size. They show a pattern of moult that differs from those of other parasitic cuckoos.

Koels are very vocal during the breeding season (March to August in South Asia), with a range of different calls. The familiar song of the male is a repeated koo-Ooo. The female makes a shrill kik-kik-kik… call. Calls vary between the races. The Asian Koel is omnivorous, consuming a variety of insects, caterpillars, eggs and small vertebrates. Adults feed mainly on fruit. They will sometimes defend fruiting trees that they forage in and chase away other frugivores.