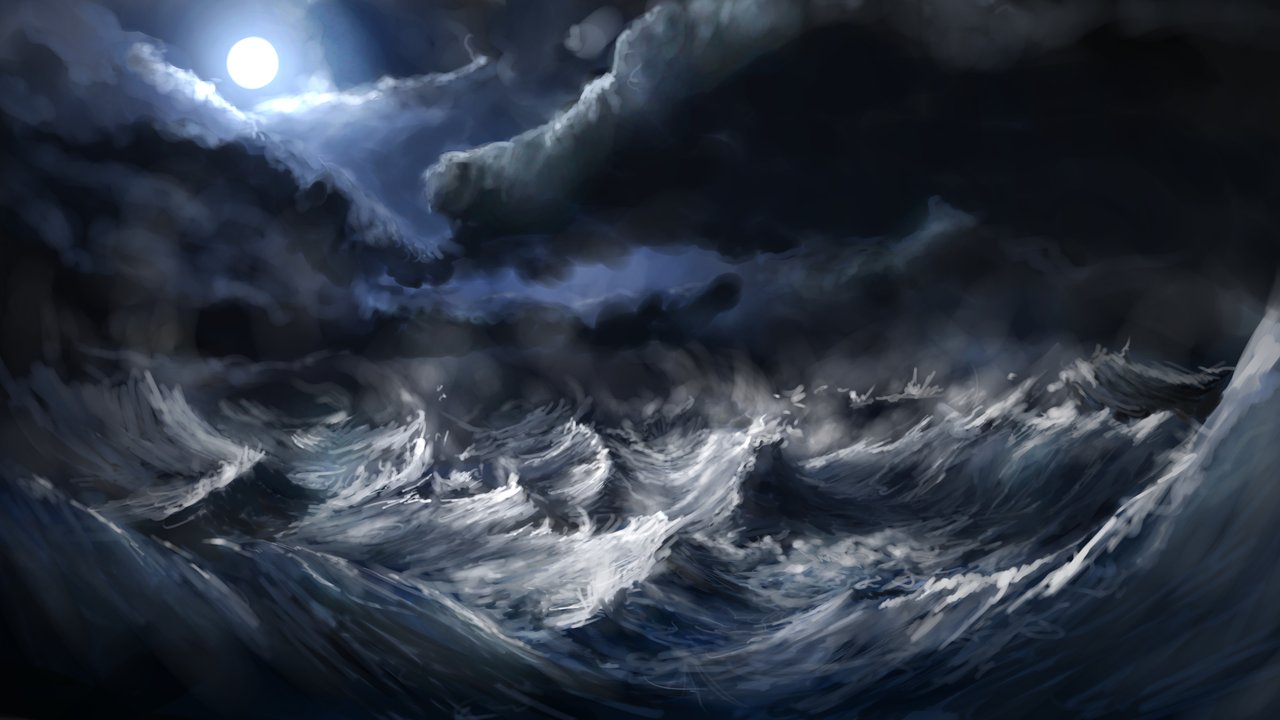 In the early days, Maldivians used vedi, a travelling vessel, to travel to Sri Lanka and other countries. On a bright sunny day, a Vedi set off from Fuvahmulah. At round 5 pm, after an hour of sailing, like a shot, the weather changed abruptly. The sea became extremely rough. Wind blew at deadly speed. The vedi was rolling; huge swells unleashed on it. Rain fell and blew up and down and all around in circles. Great waves smashed again and again on the vessel.

The Maalimee (the chief man in charge of navigation) – of the vedi ordered a sailor to climb up the mast to see whether a land was in vicinity. Then a man climbed up the mast. He reached at the top of the mast and clung to it. He shouted, “I am in the middle of a lake. Give me a bucket to clear out the water here.”

The sailor on top of the mast was horrified. He almost went insane. And two men had to climb up the mast to bring him down. The second sailor who climbed up the mast was also terrified. On the spur of the moment, a man shouted, “don’t climb. I will control this vedi.” It was the helmsman, person who steers a ship. He commanded everyone to stay calm. And he advised them to watch closely at the sails of the vedi.

The helmsman could hardly hold the steering wheel of the vedi. He was thrown side to side. Out of the blue, he called a crew. “Bring dhohaaey- areca nut and beetle leaf. Make a heap of it.” He ate the whole heap of the stuff. And said, “Hey, where is afihun (opium). Take a big piece.” He chewed it.

After a while the helmsman’s face turned ecstatic. Sweat trickled down his face and body. Chilled, he commanded, “Stay calm. I am in command.” He said.

People were crying; some were stumbled in fear. But the worry-free helmsman had no thoughts of the dangerous situation. However he perfectly held the right cause of the vedi as guided by the Maalimy.

The vedi that was caught in the middle of the rough sea started to move on the right track. After an hour of frightening moments against huge swells and waves, calmness fell on the mighty ocean. And they safely traveled to their destination.