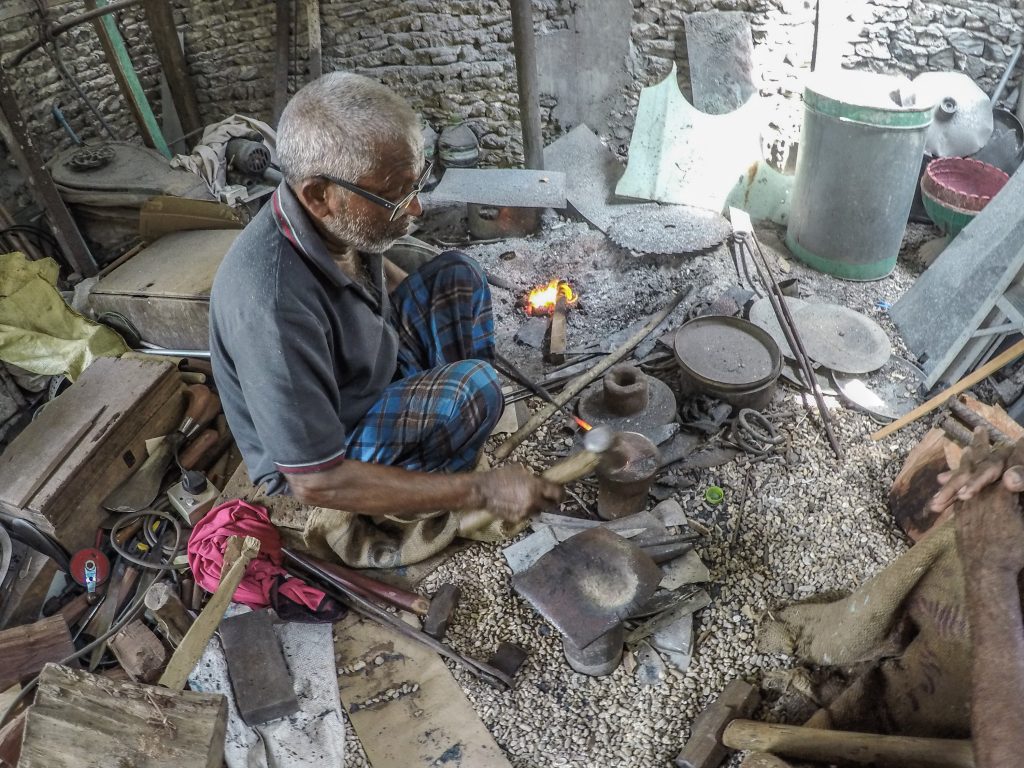 It was a sunny day. I was preparing to collect fish wastes from the harbor hoping to land a Giant Travally (Mudahandhi or Maamudu- my favorite predator in the ocean). I took my bike and I was riding through the small narrow roads of my district – Dhadimagu.

Coincidentally I went down a road where a specialist man –  Thuhthu didi of Ruggandi Bihdharige – creates some special weapons and tools for household purposes. I thought to stop my bike in-front of this place. Luckily I saw the creator who was engaged in his creativity. I kept my bike and took some pictures from my GoPro camera. It was amazing; deep-dyed creativity from a tropical island.

Aichankerun (in our dialect), or blacksmith, is one of the ancient craft works that reflects Maldivian heritage. This skill produces tools used in fishery, agriculture, carpentry and many other such products. Light fixtures, tools, cooking utensils, fishing hooks, iron anchor, nails, kitchen and farm knives and axes are created with ease. First coins used in Maldivian economy were also made by local blacksmiths and this government trade mark was produced only by a government authorized and appointed person.

Maldivian artisans have been carrying out this work for centuries. It reflects the heritage and artistic skills of Maldivians. However, it is sad that this craft work is dying. In my island -Fuvahmulah – there are two Blacksmiths. This article covers the craft-work of one of them- Thuthueybey. The other worker is his brother who carries out this specialist work at his home in Dhiguvaandu ward of my island.

Many people still admire this work. People go to Aichange, the place where the craft works is carried out, to make knives, and household appliances. The small facility creates objects from wrought iron or steel by forging the metal, using tools to hammer, bend, and cut. All done by hand. One 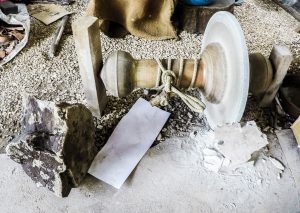 We call this one Hano, A tool used to sharpen knives etc 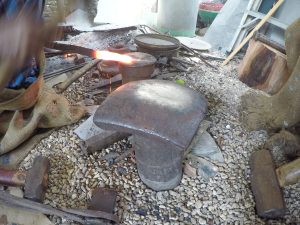 of the most famous tool that is produced in this special place is Kathivalhi – a famous knife used in almost every household in the Maldives.

It all starts from scratch. Irregular or regular shaped iron bars are put into the red-hot flame. Heating pieces of wrought iron or steel until the metal becomes soft enough for shaping with hand tools, such as a hammer, anvil and chisel. Heating is carried out using a blower. Thuthueybey’s friend holds a heavy hammer and hits on the iron bar that is red hot. He smashes the hammer couple of times and then Thuthueybey place the iron bar in the fire. When it is again red hot, he places it on the anvil (a block of hard iron that was used as a surface when raw metal was hammered) to allow his friend to hit the iron bar to flatten it. This process is carried out several times till a desired shape is achieved.

Achankerun is highly skilled and daunting work. For example, when the iron gets soft and the process of drawing lengthens the metal by reducing one or both of the other two dimensions. As the depth is reduced, or the width narrowed, the piece is lengthened or “drawn out.” And a the talented Thuthueybey, making a chisel might flatten a square bar of steel, lengthening the metal, reducing its depth but keeping its width consistent. This process is lengthy and exhausting. But the skilled Thuthueybey carries out the work to achieve the desired requirement and satisfaction. And this is truly an artistic and creative work that has to be sustained.